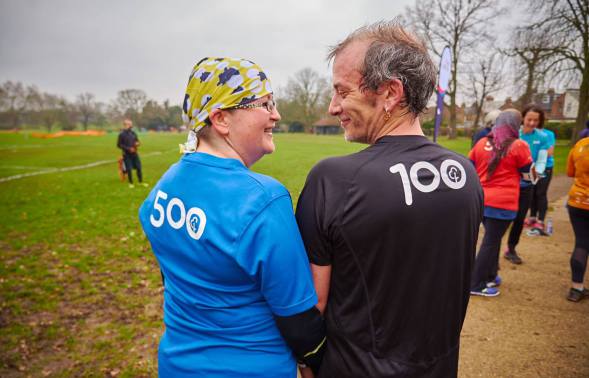 I'm a 43 year old, general manager for a freight forwarding company based in Middlesex. I had a strange idea of getting myself back in shape to fit into my motorcycle leathers, and decided cycling would be too expensive, and after talking to a friend who had taken up running, I decided to buy some running boots, and head off with the C25k app, into the dark evening on the 24th January 2015.

Since then, I've managed to get addicted to parkrun, with over 210 runs completed, a few 10km races, three half marathons, two team relay races completed, one marathon, I'm a member of two running groups, Shepperton Running Group and Team Bushy, as well as owning too many running boots, not enough running kit, and not having enough money to buy the 'essential' running kit I 'need'!

Why did I start running?

This is still a question I ask myself when I'm running. Why did I start this?

I was 39 years old, sitting on the sofa too much, smoking too much, eatting the wrong foods, working stupid hours a week and just generally being lazy. Then one weekend, I just decided I needed to lose some weight. I got on the scales, 82kg. I set my goal weight at 70kg and a target of reaching the weight by August.

How to achieve getting to this weight? I thought about cycling, but that would require buying a new bicycle, and becoming something I hate, a bicyclist. So, I went to a Sweatshop store, had my gait annalyzed, and after about an hour, I had bought my first pair of running shoes, moulded insoles and that was it.

A friend of mine recommended downloading the NHS Couch to 5k podcasts. After putting 'Laura' on my iPod and phone, I was off on my own. Nine weeks to get from couch potato to 5k runner. My friends, some of my family and the C25k podcasts helped my journey. I started C25k on the 24 January 2015, and I completed my first parkrun at Horsham on the 21 March 2015, in just under 31 minutes.

And since that day, I finally had to admit I am addicted to running!